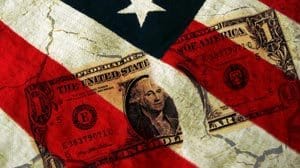 The world’s Fund Managers can look forward to a future under the microscope of global regulators, as new and far reaching financial security measures look like they could be on the horizon.

A G20 task force has been assigned the job to prevent future financial crises as witnessed in 2008 when the global economy was crippled by a dozen mismanaged funds. It would appear that the taskforce now seeks to spread their powers to further afield than just the largest funds in the world. They now plan to limit market activity during periods of potential turbulence which reaches out to smaller funds too.

The Financial Stability Board (FSB) are the group behind safeguarding the economy on behalf of the G20 countries. Their initial prognosis was to place large funds with over $100 billion in assets under the toughest scrutiny, however this has been reviewed and it would appear that instead of targetting the big boys, they are more likely to simply suspend activity when they feel the need.

The initial $1000 billion dollar threshold only affected 14 funds, all based in America, however since none of the fund managers or funds themselves were anything to do with the global financial crisis, it was argued that the proposal was counter-productive.

It would appear that the FSB agreed and has now broadened their scope, which could potentially go down really rather badly across the investment world. Details are still vague, however the G20 summit in Australia in November will provide the platform for a more detailed announcement, followed by a consultation process, and a possible rethink. The industry remains unconcerned at this point as any potential new security measures are quite someway off yet.