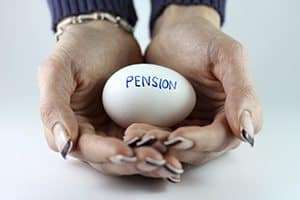 Malta continue to show their determination to remain the primary destination for QROPS, by establishing themselves as the only overseas pension jurisdiction to offer 100% flexibility in the way expats can access their pensions.

The country’s financial regulator took immediately to the task of amending regulation in the country, once the Government announced in December that the 100% access rule introduced in the UK would be extended to QROPS, a commitment which has since been reneged upon.

So while other popular destinations outside the EU, such as New Zealand, were looking forward to being able to allow their pension holders to access their savings as they wished, all plans have been put on ice for now while HMRC goes back into consultation. This doesn’t affect any EU member states however, as EU regulations essentially give them the freedom to distribute pension wealth as they please.

The 100% access rule has certainly made a great deal of headlines in the UK and across the British expat community since plans were introduced a years ago, but having come into play on 6th April, the take up of the option to withdraw 100% of one’s savings has been practically non-existent.

That said, one of the key reasons for expatriates opting to transfer their pensions out of the UK (aside from the obvious tax incentives), is the extended options a QROPS can provide, and with Malta being the only jurisdiction offering flexible withdrawal, it can’t hurt their appeal.

QROPS have always been required to ring-fence 70% of the individual’s pension as an “income for life”, meaning that a maximum of 30% could be taken as a tax-free lump sum upon retirement. If the pension freedoms seen in the UK had been extended to all compliant QROPS jurisdictions, the opportunity would have been there for UK savers to transfer their pension overseas and immediately access the entire pot practically free of tax.

This was something apparently overlooked initially by the Government, but having had a second look, they are still to decide exactly how they will prevent plucky expatriates from being able to access 100% tax-free.

For advice on which QROPS jurisdiction to choose, speak to QROP.org today