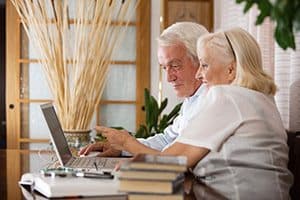 So far five of the largest insurers in the UK have confirmed that hey will allow their customers to use their pension pot as a bank account, once freedom is granted as of April.

The providers who will be ready to meet what is likely to be a huge demand in two months, are Aegon, Scottish Widows, Phoenix, Standard Life and Aviva. This means they are prepared to grant 100% withdrawals (25% tax free), or any other variable withdrawals as and when their customers aged 55 or over wish.

Meanwhile, Legal & General and LV= will not be making any such allowances. They will allow partial lump sums to be taken, but the finer points are yet to be ironed out. One other provider, Friends Life, doesn’t know what they are going to do at this late stage.

The reforms were only announced 10 months ago, leaving providers with little time to be able to ready themselves for what’s to come, but some have seen the changes as an opportunity rather than an inconvenience, and have been busty implementing a selection of new investment and savings plans to try to convince their customers to at least keep a percentage of their savings with them.

For expats who still have their pensions in the UK, the good news is that the same freedoms will be extended to overseas plans. If a transfer is executed, they will offer 100% access too, but with the majority of the savings being subject to a substantially lower rate of tax, and up to 30% tax-free.

There were question marks over the Chancellor’s willingness to encourage expats to take their money form the British Isles, especially in light of the huge deficit the British pension sector finds itself in, and the subsequent banning of all public sector pension transfers. But by allowing mirrored benefits to QROPS, more and more expatriates are looking very seriously at the range of benefits offered by the large number of schemes based in jurisdictions such as Gibraltar, Malta, the Isle of Man and Jersey.

Each jurisdiction has varying benefits, especially in terms of tax-efficiency, and the right choice of QROPS jurisdiction depends solely on where the saver is located when they plan to withdraw. There are also a huge number of schemes on the market which allow transfer between jurisdictions with minimal fees. A particularly good option for those who either do not know where they want to retire, or those who have a career which requires them to remain globally mobile.