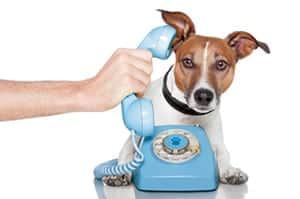 The UK financial services industry has emerged bruised and battered from a two week onslaught by the government that has seen their stock market values plummet.

Billions of pounds have been wiped off the share values of some of Britain’s largest businesses, like Legal & General, Aviva and Standard Life.

The first bout of problems came with Chancellor George Osborne’s overhaul of direct contribution pensions that effectively killed the pension annuity market at a stroke and robbed the financial firms of a valuable source of income.

Next, Pensions Minister Steve Webb capped fees and charges on pensions while accusing the firms of greed and offering poor value to savers.

Now, regulator the Financial Conduct Authority (FCA) has sent another shiver down the industry’s spine by revealing a review of more than 30 million financial products sold since the 1970s is under way to check if consumers received a fair deal when cashing in early or transferring to another product.

The inquiry will look at life insurance, like endowment policies, and pensions.

The move is part of the FCA’s business plan highlighting priorities for the next financial year.

“The aim is to understand how people with closed accounts were treated and whether they received the right service and information when they shut these accounts,” said an FCA spokesman.

“Many of these accounts were closed decades ago, but we will review a representative sample of firms who we expect to check their files to make sure they treated consumers fairly.”

The FCA spokesman also explained this was not a review of millions of policies.

“We are not seeking to compensate customers for their exit fees, providing they were compliant at the time,” said the spokesman.

Financial firms and the Treasury Committee of MPs criticised the FCA for leaking the news of the closed book review early and triggering a run on financial firm shares.

The news leaked on Friday, March 28, but the official announcement was not due until Monday, March 31.

Committee chairman Andrew Tyrie MP, said: “Regardless of the merit of the review, the FCA released market sensitive information in a way that could have allowed some speculators to take advantage before firms had time to act.

“This is an extraordinary blunder. We must have a full and transparent explanation about how such an apparently serious mistake was made by our financial services watchdog appointed by Parliament to enforce high standards of conduct.”