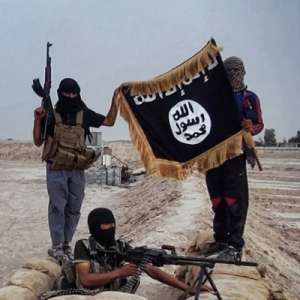 As the UAE joined in with the USA and four other Arab states in the attacks on the IS movement, concerns have been raised back in Dubai and Abu Dhabi relating to the potential backlash, which could be headed to the country and its two main cities.

The Islamic State has recently killed and abducted citizens of the USA, the UK and France for their apparent involvement in trying to curb the movement as it sweeps through Syria and Iraq – although the UK is actually yet to get involved.

There are heightened security alerts in the US, UK and France because of the threat of the Islamic State, but what about the UAE? Surely with their direct involvement in the fight against the hopeful and really rather optimistic quest for a global caliphate, and with standing shoulder to shoulder with the USA, the United Arab Emirates could be at risk?

It would appear that the five Arab countries also comprising of Saudi Arabia, Bahrain, Qatar and Jordan have put aside their usual squabbles temporarily to come together and try to stamp out the threat, before it is able to regroup and think about any of them as potential targets.

As oppose to the UK and US, both of whom have security and surveillance measures in place, the Emirates’ national security capabilities pale in comparison, this does potentially leave them open to attacks from Islamic State, which is allegedly and ironically 75% made up of passport holders of western countries.

With no air capabilities, how much of a serious threat do the Islamic State pose to any nation outside of the Gulf? Of course they have already terrorised poor innocent Syrians and Iraqis, but one of the reasons the UK has been so reluctant in coming forward to support any military action is because the threat to their own shores actually comes from within. Over 500 young British passport holders have travelled to Syria to fight with IS, how many others are still in the country waiting for their moment to play their part and terrorise from within?

So many unanswered questions, just like with any war. But one thing is for sure, Britain will become involved and, as war fan and former Prime Minister Tony Blair has stated, ground assaults are more or less a certainty. This is bad news for the UK taxpayer as the next military excursion in the Middle East requires such large funding. It could be an extended campaign, but the UAE and the other four Gulf States now embroiled in the battle, will be hoping for a quick end to be brought about as they are far closer to the eye of the hurricane than the British or Americans.