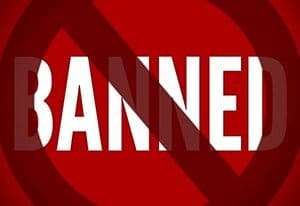 Russian farmer Mikhail Shlyapnikov has been banned from creating his own currency based on the potato by The Kremlin.

Shlyapnikov devised the kolion based on weights of potatoes as a way for farmers in the remote area where he lives to protect their crops and land values from financial collapse due to the volatility of the rouble.

The US and European Union have tightened economic sanctions on Russia since the president, Vladimir Putin, ordered the annexation of The Crimea more than a year ago.

The financial squeeze has forced up interest rates and inflation while the value of the rouble has collapsed against other world currencies.

Although basing a monetary unit around something you can eat seems odd – as you can become richer by growing more potatoes or poorer by eating your stockpile.

Investors in the system would also have to consider what happens if their crop fails or is blighted.

In Shlyapnikov’s economic system, one kolion is the equivalent of 10 kilograms of potatoes.

The potato was also used as a currency in the past in the Cameroon, Africa.

Nevertheless, despite the problems, foodstuffs have often served as currency in the past.

Indeed, the salary most of us are paid is derived from the Roman custom of paying soldiers in salt – the Latin word for salt is ‘sal’.

Cheese has also passed as currency, notably parmigiana from the Parma region of Italy.

Tobacco has often passed as a currency, especially between inmates in institutions where money is generally not available, such as prisons.

Cashing in on drinks

English colonists in the United States also relied on tobacco as a means of exchange when gold and silver ran short.

Alcohol in various forms has similarly served as makeshift money.

As recently as the 1980s, Egyptians traded in beer when inflation was high in the country.

Rum was a currency for the slave trade regions of West Africa, the Caribbean and North America.

Other drinks used as currency include tea and cocoa – tea in Asia and cocoa in South America.

Unusual foodstuffs traded as currencies elsewhere include turmeric and coconut fibres in the Solomon Islands; seeds in Burma and stamps in many countries.