Expats Can Tune Into Their Favourite Soaps Online 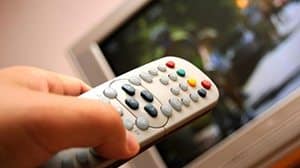 British expats in Europe can switch on to their favourite British soaps when a new channel goes live soon.

ITV is launching a new broadband channel in 12 countries for a monthly 5.49 euro subscription.

ITV Essentials will let expats and travellers keep in touch with soaps like Coronation Street and Emmerdale.

The service will offer 30-day catch-up TV by streaming the programmes over wi-fi.

The first countries to tune in will include Spain, Italy, France, Greece, Gibraltar, Belgium, Luxembourg, Slovenia, Slovakia and the Netherlands.

ITV’s Controller of Pay and Distribution, Neale Dennett, said: “This is a great deal for ITV and our viewers who want to watch their soaps while they are away. For a small subscription, they can watch their favourite programmes whenever they want and not miss an episode while visiting Europe.”

The BBC is also rumoured to be testing an international online iPlayer subscription service for expats, but is thought to be some way from launching.

Opportunities to watch British TV abroad are limited due to programme licensing restrictions.

Most distributors licence programmes by geographical area, so watching a BBC show in France means the French firm licensing the programme loses out despite having paid for the broadcast rights.

Many expats get round this problem by subscribing to a proxy server.

For example, the BBC iPlayer picks up the IP address of the broadband provider to stop overseas viewers from watching programmes.

However, paying a subscription to a proxy server company lets the expat watch iPlayer online by masking the local server address in the foreign country with a British IP address.

BBC iPlayer is then fooled into allowing access to the programme as the technology thinks its dealing with a British viewer.

Dozens of firms pirate satellite and online TV in this way, often streaming subscription-only channels like Sky Sports over the web to expats all over the world.

TV companies have realised the money raising potential of cutting out the middle men and offering the programmes direct for a low subscription.

ITV Essentials will also be broadcast ad-free as British firms are unlikely to want to pay for commercials to be aired to viewers who cannot buy their products.

Cross-border broadcasting also raises regulatory and marketing issues for some products and brands.

Financial services and banking are regulated by each nation and the rules in Britain are often different from those in other European countries.

QROPS: Why you need professional advice