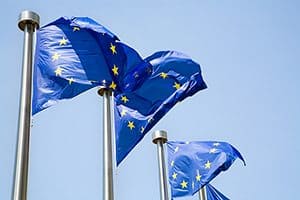 Selling European citizenship for cash is coming under the scrutiny of the European Parliament.
Several countries already offer generous incentives for wealthy overseas citizens to come to the European Union – providing they either have cash to invest or are entrepreneurs looking to set up businesses and generate jobs.
However, the latest residency for cash scheme in Malta has triggered a lot of criticism.
The proposed scheme is on hold pending debate in the European Union.
The Maltese government was willing to offer fast-track residency and family visas to wealthy families from outside Europe – mainly Russia, China and the Asia Pacific region.
In return they would need to buy a home and have at least £600,000 to invest in their new home country.

One point about the Maltese scheme was for extra cash, the incomers could also buy visas and residency for their families.
Other European countries offer similar schemes – especially hard-up Portugal and Spain. They try to urge entrepreneurs to bring much-need cash into their countries in the hope jobs will follow.
Greece, Latvia and Cyprus also operate cash for visa programs.
However, Malta’s Green party is campaigning against the move on the Mediterranean island, claiming European Union citizenship was on sale but only the rich could qualify.
In the statement on the Green party’s website, chair Arnold Cassola says that the European Greens had tabled a question asking if the European Council “could clarify whether the Maltese Parliament’s decision respected the non-discrimination principle laid down in treaties and the Schengen Borders Code which govern the right of EU citizens to move freely across borders.
“Moreover, at least five states have offered to grant residency rights in exchange of business investment, real estates or government bonds.”

Many nations outside the European Union try to encourage immigration by opening their borders to wealthy individuals prepared to hand over significant sums in return for residency. Canada, New Zealand and Britain are among them.
Britain runs a ‘tier one’ visa scheme for wealthy outsider willing to invest £1 million in the country.
The invitation opened in 2008, but was recently updated.
However, the tier one visa offers a limited stay in the country and does not guarantee residency or citizenship.
Canada and New Zealand have visa invitations for young, skilled workers in key occupations, as the governments recognise they have aging populations and need fresh blood to grow their economies.

Couples Fail To Tell Their Partners About Cash Secrets