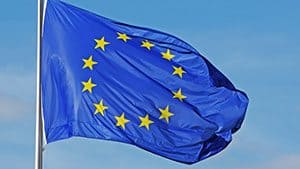 The European Commission takes it upon itself each year to analyse the inner-workings of member states, and based upon its findings, offers advice to assist with long-term economic growth.

It was the turn of the UK this time around, and their findings could spell bad news for a large number of the population. Council Tax was one of the points raised, with those in properties of high value set to face increases if the Commission’s recommendations are to be taken on board.

In addition to the Council Tax Band review, the Help to Buy scheme was also under the microscope, with changes being recommended. The government has been told to build more houses, to make banks lend more money to small businesses, to create an affordable childcare scheme, and to prioritise capital spending (presumably on all of the above).

In response to the guidance, the Treasury has vowed to listen to the suggestions with great interest, although quite what that actually means, remains to be seen. The UK currently boasts one of the fastest growing economies in the wake of 2008, and despite the EC recommendations being intended to assist with the recovery, euro-sceptics amongst the back-benchers will be watching on with great attentiveness.

The focus was particularly on housing, with ministers urged to take measures in response to the large price increases in the South of England and London, the two areas which are mainly accountable for the economic resurgence.

Also dissected was the new Help to Buy scheme, this was introduced in the Budget 2013 in order to assist first-time buyers to get on the property ladder, however concerns have been raised by housing experts that the scheme has been responsible for huge price increases across London and other more in-demand areas, meaning that first-time buyers are priced further out of the market.

In response, the government has released statistics which show that 7,313 properties were purchased in the first year of the scheme, with 94% being outside London. 80% of those assisted were also first time buyers. Impressive statistics by any stretch of the imagination.

While the Commission did concede that the UK has at least done something to cope with the extra supply and demand, they did suggest that incentives are introduced to encourage supply at a local level.

The far reaching dossier comes at a time when the Chancellor and the Treasury have been keen to present the current state of the economy as a roaring success in the face of adversity. Being brought down a peg or two by the European Commission will be most unwelcome, especially in light of the wide-ranging nature of the study.

While some MP’s have suggested that the dossier be treated as “spam” when it arrives in the Chancellors inbox, others admit  to being surprised at paying the same in council tax for a house in Kensington as somebody with a house worth under a quarter of that in Blackburn.