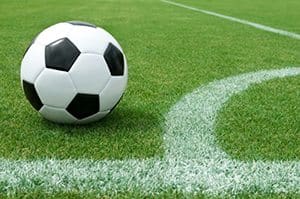 Real Madrid and local rivals Atletico Madrid will battle over who are to be crowned kings of Europe in the European Cup Final, but when it comes to money Real Madrid have already scored the winner.

Atletico are the team of the season, reaching their first European Cup final in 40 years and leading mighty Barcelona and Real Madrid in La Liga despite modest financial resources in comparison to their wealthy competitors.

The financial imbalance between the teams is vast, according to the latest world football rich list from Forbes.

Real Madrid is the world’s wealthiest team with a valuation of £2 billion, according to Forbes.

Although a match on the playing field, Atletico just edge their way into the list of premier rich teams at 17th, with a value of £194 million.

Besides reaching the final of Europe’s premier club tournament, Atletico have a good chance of winning the La Liga title as they sit three points in front of Barcelona and four above Real Madrid with two matches offering a six point tally left this season.

The top 10 football rich list is dominated by Spanish, British, Italian and German teams, with no other nation getting a look in – even though France have footballing giants in Paris St Germain, Marseilles and Monaco and The Netherlands boast Ajax Amsterdam and Feyenoord.

Reigning European club champions Bayern Munich rank fourth in the rich list with a value of £1 billion, tucked behind third place Manchester United, with a valuation of £1.66 billion. Drifting in the Premier League and failing to qualify for Europe, the Red Devils dropped in value by 11% during the season.

The full list of top 10 richest world football teams is:

The second tier of 10 teams who failed to make the cut for the rich list are:

The only two new teams to breach the top 20 this season are Paris St Germain and Turkish heavyweights Galatsaray.