Europe Shuts The Door On Tide Of Illegal Migrants 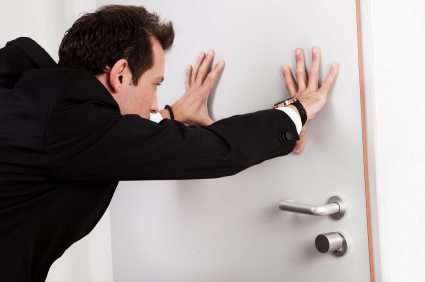 Life for migrants trying to start a new life in Europe has suddenly become a lot more complicated.

For months, moving to Europe was pretty straightforward – just jump on a boat and cross to Greece, start walking and end up in a home of your dreams in Germany, Sweden or other accommodating European country.

Now, the Europe is putting the squeeze on migrants.

Macedonia, Slovenia, Croatia and Serbia have shut the door on migrants from Syria, Afghanistan and other Middle Eastern and Asian countries from entering.

The unwelcome sign is augmented by a razor wire fence across the borders with Greece and the prospect of that travelling to Europe is just swapping one migrant camp for another is dawning on thousands of men, women and children who have staked their savings and risked their lives crossing the narrow channel from Turkey to Greece.

EU does deal with Turkey

Around 13,000 migrants are sheltering in a shanty town beneath the shadow of the wire.

Now, Turkey has done a deal with the European Union.

Tough negotiations bordering on blackmail mean migrants landing in Greece will go back to Turkey and to the bottom of the immigration list.

In return for registering in Turkey, migrants will be given a visa and the keys to a shiny new home in the European Union.

Turkey also gains state aid from Europe of £2.2 billion to help keep migrant camps open, while Turks will be granted visa-free travel status to the EU and talks to fast-track Turkey joining the EU will soon start.

The solution revolves around the question of when a refugee becomes an economic migrant.

The principle is that as soon a refugee is someone fleeing their home because they face persecution.

An economic migrant is someone who is not in fear of persecution but seeks a better life in another country.

When a refugee sets foot in the first safe country neighbouring their home, they are still refugees – but when they move to another country they become migrants.

“The days of migrants coming to Europe just because they want to are over,” said European Council chairman Donald Tusk.

“The leaders of countries north of Greece have closed their borders and Balkan route for illegal immigration no longer exists.”

The United Nations is far from happy with the measures put in place by the EU, Balkan states and Turkey.

The decisions are clearly linked, coming so soon after the EU immigration summit on Monday.