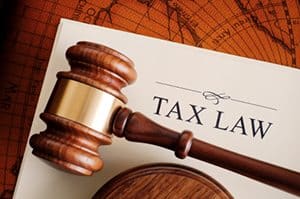 Investors are likely to lose out to the tune of £3.6 billion if France and Germany push through a financial transaction tax despite strong opposition from the rest of the European Union.

The figure is a forecast of how bonds and equities held in Britain would be slashed in value if the tax was enforced.

Despite investors losing the cash, the British government would not see any return from the tax as all the money would remain inside the Eurozone.

The financial transaction tax would swipe 0.6% from every equity and bond transaction, according to a report issued by a group of financial bodies, including the National Association of Pension Funds.

Extra charge for savers to pay

Spokesman James Walsh explained that although the tax looked low and unthreatening, private and institutional investors across Europe would lose a chunk of their portfolios that would amount to billions of pounds.

“Most of the concerns have focused on transaction costs, but no one has really looked at the impact the tax will have on the value of holdings until now,” said Walsh.

“It adds an extra layer of charges on savers that will impact on the value of their pension funds and threatens the return they will receive on the investments.”

He also pointed out that more Britain has more savers and investors than other European countries – with around half holding shares, bonds and pensions, compared to an average of just under 18% for the rest of Europe.

German and French finance ministers are meeting to discuss how to implement the policy against a backdrop of rising protests from other governments and financial organisations.

The tax is promoted as a windfall tax on banks, but is also seen as a way to make up tax revenues for some countries facing a decline in household spending that will reduce purchase taxes.

“Besides financial issues, the tax also highlights the problem Britain has with other countries within the Eurozone setting rules that impact on the British economy without the government having an official say,” said Walsh.

1 thought on “Euro Tax May Wipe Billions Off UK Investments”