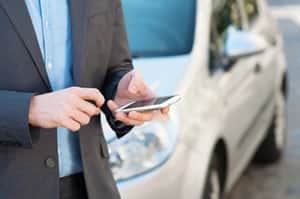 Euro MPs flicked the switch to cancel roaming charges for mobile phone users across the European Union by the end of next year.

In a controversial vote following some intense lobby from a coalition of mobile network providers worried about their profits, the new regulations were overwhelming carried 534 votes to 25 against.

The final step before enforcing the rules is rubber-stamping by a meeting of European ministers.

The new law is part of the European Commission’s ‘Connected Continent’ campaign, which calls for:

Mobile phone companies have vowed to raise other network charges for customers to make up for the loss of a profitable income stream from roaming charges, warned European Commission vice-president Neelie Kroes.

He also explained the new law only applies to states in the European Union and expats, business travellers and holidaymakers outside the EU will stay have to pay roaming charges.

“With MEPS supporting this vote, consumers across the European Union can see the one of the key principles of the union in action, which is pulling down barriers to make everyone’s life easier and cheaper,” said Kroes.

“Mobile technology affects the lives of millions every day. It’s right governments should stop companies ripping off consumers with unnecessary charges, unclear contracts and obstructions to stop people choosing which provider they want to switch to.

“The companies may not like it because the law is an attack on their profits, but they should make money from providing a service and these regulations will make them compete better.”

Under the new law, the costs of making a call or downloading data from mobile technology will be pegged at the same price as the service costs in the European country where the user has their mobile service contract based.

A recent EU survey showed that high roaming costs deterred 94% of mobile users from accessing their phones as they would at home while travelling.

Another law guaranteeing internet users banning internet providers from blocking services competing with their own products is also before the European Parliament.

For instance, European ministers do not want an internet firm blocking choice if they offer cloud storage by not allowing their customers to access competitors like Google Drive.