More Espionage Allegations against the NSA 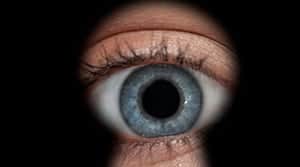 Earlier this week French newspaper, Le Monde, published a story that was co-written by Glenn Greenwald, voicing allegations against the NSA for spying on French citizens.

The article claimed that approximately 70.3 million phone calls were recorded in a one-month time span from the 10th of December 2012 until the 8th of January 2013. These intercepted calls were automatically recorded when certain numbers were used. In addition, text messages were immediately logged one certain keywords and phrases were used.

Naturally, this has outraged the French government and citizens alike. The French Foreign Minister requested the presence of the US Ambassador to clarify this issue. He told reporters, “These kinds of practices between partners, that violate privacy, are totally unacceptable.”

The presidents of the two nations spoke on Monday and discussed the allegations. Both parties agreed to joint efforts in discovering whether any truth exists to these claims.

A spokeswoman for the National Security Council in Washington explained, “We’ve begun to review the way that we gather intelligence, so that we properly balance the legitimate security concerns of our citizens and allies with the privacy concerns that all people share.”

Many members of the European Union were shaken by these accusations against the NSA, even though earlier last month claims that the NSA was spying on the President of Brazil had surfaced. A European Parliament Committee also met on Monday agreeing to lay a foundation of new rules to protect the half a billion citizens that reside within its borders from cyber-spying and other offences of this nature.

A German magazine, Der Spiegel, reported on Sunday that the NSA has also been spying on their Mexican neighbours. According to the magazine and its sources, which include Edward Snowden’s leaked documents, the NSA hacked the e-mail account of the former President Felipe Calderon. This is the second claim raised against the agency for spying on Mexican government officials.

The Foreign Ministry released a statement stating, “This practice is unacceptable, illegitimate and against Mexican and international law. In a relationship between neighbors and partners, there is no room for the practices alleged to have taken place.”

Edward Snowden, former NSA contractor, leaked a large volume of information on the nature of espionage assumed by the security agency.
Although they have claimed on numerous occasions that they are only looking for potential terrorist threats, these complaints against them are already beginning to damage the foreign relations of the United States.
The President of Brazil, Dolma Rousseff, called their actions “an invasion of civil liberties” earlier last month, at the United Nations General Assembly, in addition to indefinitely postponing her official visit to the White House.