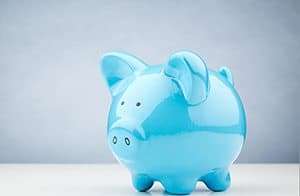 From April 15, 2015, the new measures that allow retirement savers to take their cash to spend how they like will cover all pensions other than public-funded final guarantee schemes.

The decision follows high-level talks in the government about tacking an extra clause on to the draft Taxation of Pensions Bill currently before Parliament allowing QROPS savers the same freedoms as onshore retirement savers.

The news also puts an end to concerns for British expats and overseas workers who had accrued pension rights after working in the UK and then returning abroad.

A significant number of offshore retirement savers were in limbo over whether to convert their UK pensions to a QROPS ahead of April as the government had only announced that aligning drawdown rights for QROPS with UK pensions was ‘under consideration’.

“The government understands that changing pension tax rules in the UK has implications for QROPS,” said an HMRC spokesman.

“We still have some work to do to fine tune the rules for QROPS, but we can say now that the new rules will apply to QROPS.”

However, the draft bill and accompanying guidance did not mention QROPS, leading to providers posing the question of how the measures would impact QROPS to the government.

For UK pensions the new measures will:

As some QROPS providers pay up to a 30% tax-free lump sum, it’s not yet known whether the new bill will restrict the tax free payment for QROPS to 25% or allow a higher tax-free drawdown.

The other issue that HMRC wants to consider is the rate of tax offshore residents will pay on any further cash drawdowns.

For instance, a QROPS saver who is tax resident in Dubai would pay no income tax on drawing down a pension fund under the current rules.