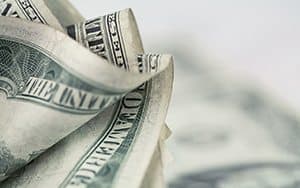 The Financial Ombudsman has highlighted pension misselling, including high-risk unregulated collective investments (UCIS) have increased by almost half in the past year.

The main investors at risk are self-invested personal pension (SiPP) retirement savers who have no financial protection should their risky investments fail.

The ombudsman found that in 66% of cases, the financial advisor or SiPP provider was responsible for giving poor advice to customers and in most cases, the investors lost all the money in their pensions.

Generally, up to £80,000 of investments are protected by the Financial Services Compensation Scheme, but unregulated investments have no safeguards.

In a nutshell, says the report from the Financial Ombudsman, the higher returns offered by unregulated investments are a temptation for investors looking to make more from their money and SiPPs can offer better financial options than other retirement savings.

However, warns the ombudsman, financial advisers are dangling the carrot of control and better yields in front of clients to push them into opening a SiPP and selling them unsuitable, investments that do not match their risk profile.

Recently, the main financial regulator, the Financial Conduct Authority (FCA) warned financial advisers UCIS were specialist products that were only suitable for sophisticated and experienced investors and should only make up a small percentage of an investment portfolio.

Instead of this, says the ombudsman, the evidence from complaints is financial advisers are selling UCIS to novice investors exposing them to high risk and that advisers appeared more interested in commission from UCIS sales than looking after the interests of their customers.

The problem, says the ombudsman, is the list of permitted SiPP investments was scrapped, leaving the way open for advisers to offer unregulated funds that generated more payments for them than standard SiPP investments.

The ombudsman noted that expats face special misselling risks as each jurisdiction has a financial regulator who enforces different rules and ‘black shadow’ advisers who are both unqualified and unethical offering risky investments.

This advice did not extend to Qualifying Recognised Overseas Pension Schemes (QROPS), but to expats temporarily living and working overseas who remain UK tax resident.

1 thought on “Dodgy Pension Advisers Out To Make Easy Money”