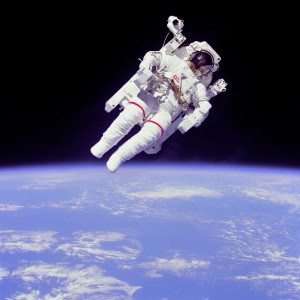 Scientists do not know how new space propulsion technology really works but are convinced the drive could cut trips to planets by years.

The electromagnetic propulsion drive was theorised by British engineer Roger Shawyer more than a decade ago and after years of investigations, scientists have confirmed that the system works in principle.

If a working drive was harnessed for space travel, day trippers could go to the moon and back in just eight hours.

Trips to Mars would last only 70 days and Pluto would easily be visited in 18 months.

The drive is said to convert solar energy to fuel that powers microwave cells. The cells then produce thrust to propel spacecraft.

The theory claims that the drive could run forever, providing no parts break.

Dresden University of Technology’s Martin Tajmer has published a paper confirming Shawyer’s findings, while Shawyer himself has stated he is close to proving the drive works in laboratory conditions.

However, before booking a ticket for a trip to outer space on a craft powered by the drive, do not forget the design is still on the drawing board and needs to go through years of testing and calibration before becoming a potential reality.

NASA has also looked at the designs and theory and believes the dream of rapid space transit with the drive may be a possibility.

“Our tests do not mean the drive is a working reality, merely that we have looked at the calculations and error-checked them,” said Tajmer.

“The results are promising as we can confirm that the drive will produce thrust close to the levels claimed by Shawyer.

“We have learned enough to make us consider that the drive warrants further investigation. If the predictions turn out to be true, space travel as we know it will be revolutionised.”

Despite offering a cagey confirmation, Tajmer was confident enough to present his findings to scientists at the recent American Institute for Aeronautics and Astronautics’ Propulsion and Energy Forum and Exposition.

The drive is another science fiction turned science fact often written about by authors.

Many have likened the fuelless propulsion unit to the impulse drive that powers Star Trek’s Enterprise star ship.

The drive also brings about the possibility of interstellar travel. The unit could send a space craft to the Earth’s next nearest star, Alpha Centauri, in about a century rather than the tens of thousands of years a current space craft would take.