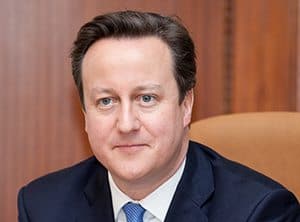 British Prime Minister, David Cameron, has declared that the world stands on the brink of a second economic crisis just over six years after the last global meltdown.

Cameron, in closing the G20 World Summit in Australia – a summit which had no shortage of issues, particularly surrounding Russia and Putin – announced that he has seen the “red warning lights” amongst so much international uncertainty and instability.

Emerging markets have seen growth grind to a halt, and while the UK can boast the fastest growing economy of the G7 countries, Cameron sees the country as being equally susceptible to whatever may lie ahead economically.

The Eurozone is certainly at the doorstep of its third recession, with unemployment approaching an all-time high, while growth and retail pricing both continue to fall.

A combination of concerns over Ebola, the Middle East and Russia has served to further destroy confidence and completely destabilise the global economy.

For quite some time, analysts have been predicting the demise of a stumbling recovery. The outlook for the future has been seen as over-optimistic in some quarters, particularly in the more deluded, self-congratulatory and least recession proof areas like, for example, Dubai.

The emirate represents perfectly the danger carried by unrealistic and non-relatable increases in the cost of living. Property and rental prices continue to increase across the board in the Emirate, yet nobody seems to quite understand why. Over 20% of residential properties are vacant currently as many of the predominant expat community find the inflated rental costs unsubstantiated by anything tangible.

Dubai during the first global recession and has been guilty of creating a property bubble which was unceremoniously burst six years back. As a result, fewer property investors are looking at the region for investment potential, preferring to use established cities such as London, Paris and New York for their new projects.

Nobody knows exactly when the new downturn will hit – either globally or locally – but with the British Prime Minister taking it upon himself to publicly declare his own personal fears, it seems clear that he writing is on the wall….

UAE & the Tax Free Lifestyle… Are You Sure?