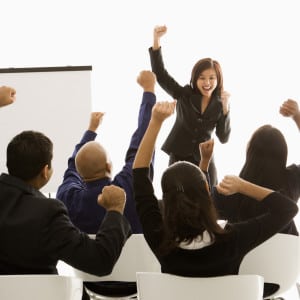 It has recently been discovered that investors using Crowdfunding to invest in a particular project may find their initial investment issued for an alternative idea instead.

This is becoming an increasingly common practice among entrepreneurs using the un-regulated sector to gain capital for their ideas. It is known as “pivoting” and basically refers to the entrepreneur taking investors’ money and the changing the business plan and project without their approval.

Most of the time there is good reasoning behind the change in direction that some investors have witnessed their projects take, but as an unregulated sector, there is the fear that others seeking investment could just drop off the face of the Earth entirely with no recourse.

Crowdfunding has become increasingly popular over the course of the last two years, and with the huge variation in investment options, the appeal is far-reaching.

One of the best aspect for those using crowdfunding is the fact they have no need to deal with the UK’s banks. With small business loans effectively a thing of the past, and with quite underwhelming savings rates being offered up right now, both investors and entrepreneurs see crowdfunding as the best way to achieve what they are setting out to do.

There are risks however, particularly for the investor. Crowdfunding services will usually put new business ventures in their shop window, and it is well known that (according to Home Office statistics) up to 90% of startups will fail in their first year. The illusion of control is also something one must be wary of. If money is placed into a project via a crowdfunding platform, there is no authority over the project or how the money is used.

By finding an investment that qualifies for the tax reliefs offered by the Seed Enterprise Investment Scheme (SEIS), investors are able to offset their investment against their income tax bill, getting a maximum reduction of £50,000 annually once the initial three year holding period has passed. Three years may seem like a long time, but as soon as the tax benefits become available, investors are able to effectively back-date the relief.

Despite this scheme, investors should still be aware of what they stand to lose, and as such recommendations state that a maximum of 10% of the holders assets should be deployed in a venture offered up by crowdfunding platforms, regardless of whether the project qualifies for SEIS or not.

For more information on crowdfunding and SEIS, go to SEIS.co.uk and download the guide.