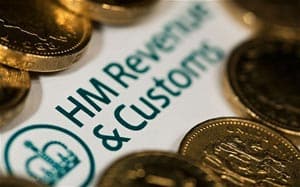 The next few days should see the much-awaited HM Revenue and Customs QROPS policy statement before the High Court in London.

A judge demanded HMRC lawyers should make the statement in court as a condition of withdrawing from a legal challenge against 120 Singapore QROPS savers.

After a three-day hearing, HMRC threw in the towel in the case and requested to withdraw.

The judge said he would only grant a withdrawal if HMRC made a policy statement about QROPS.

The deadline runs out in the next seven days.

HMRC lawyers admitted in court that a QROPS review was under way at the highest level in HMRC, but declined to reveal any further details.

In the High Court, Singapore QROPS investors said they would not have transferred money to the scheme if HMRC had told them it breached qualifying rules. Nevertheless, HMRC issued tax demands for their mistaken transfers.

Also, many regulated advisers are concerned non-regulated IFAs outside the UK are encouraging retirement savers to transfer their UK pension funds to fraudulent offshore pension liberation schemes masquerading as QROPS.

The latest firm to call for clarification is international consultancy Baker Tilly.

Helen Relf, from the firm, suggests anyone considering a QROPS transfer should hold off until the content of the HMRC policy statement is known.

“Think carefully before switching any money into a QROPS,” she said. “At the moment, the rules are not clear and HMRC is applying them in a haphazard and dubious way that can end up in with some expats paying massive fines after the fact.

“QROPS are fantastic tax breaks, but making the wrong decision about where to invest can open the door on a financial horror.

“Anyone should take independent, professional advice from an expert before transferring any money.”