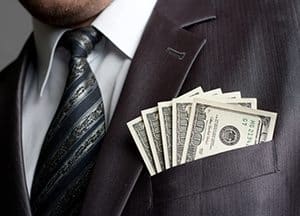 If you want to benchmark your financial standing, a new report reports the world has 2,170 billionaires at the latest count.

Two-thirds of them live in just 10 of the world’s 220 plus countries and have a net worth of $4.65 trillion out of the global billionaire net worth of around $6.5 trillion.

The research revealed the number of billionaires is growing fastest in Asia, which saw an increase of 13% over the past year.

The survey shows 810 new billionaires have joined the ranks of the world’s wealthiest individuals since the global economic crisis of 2009.

The rich are also getting richer, says the study, as billionaire net worth doubled for $3.1 trillion in 2009 to $6.5 trillion this year.

UBS points out that the combined wealth of the world’s billionaires exceeds the GDP of all countries, except the US and China.

The study also profiles the average billionaire, who is described as:

Besides the billionaire list, the study also identified that worldwide, the number of half demi-billionaires has increased by 50% in the past four years and that many of these are on track to make their first billion as well.

They already have a combined wealth of $2.6 trillion and will swell the ranks of the world’s richest even more by 2020.

By then, the report predicts the world will have around 3,850 billionaires, with most of the new additions coming from the Asia Pacific as emerging nations power the world economy.

Interestingly, the report also picks up that 52 billionaires are former students at the US Ivy League university of Harvard – more than double the number from any other university or college.