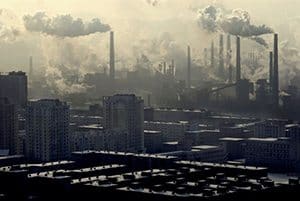 Industrial spies from China bribe and blackmail workers to hand over their employer’s business secrets, claim companies the world over.

China has a long-established poor name for industrial espionage that is worsening as the government encourages companies to find quick results – especially in technology sectors.

Intelligence services and companies who have fallen victim to the insatiable Chinese quest to uncover their secrets say students, tourists and government spies have worked ceaselessly to uncover confidential information since the seventies.

One firm trying to tackle the problem is US industrial giant DuPont.

Courts in the US were told Chinese state-owned company Pangang wanted to improve the quality of titanium dioxide in products – it’s a white pigment mixed in a wide range of products, from paint to toothpaste and cookie fillings.

Rather than develop a better pigment, the company simply paid spies to steal the formula from DuPont.

A retired DuPont employee admitted selling the information to Pangang.

But despite an indictment in the US, the Chinese firm refuses to attend court. The Chinese government claims the managers have been disciplined, but DuPont expresses doubt at this and says there is no sign the company has stopped using the pigment.

Why pick on titanium dioxide?

The pigment has so many industrial applications the market for the product is massive – worth up to £11 billion a year.

Pangang denies the charges in a statement and claims their titanium dioxide process was developed after a 20-year program.

More cases of industrial espionage by the Chinese come to light regularly.

In June, Sinovel Group, one of China’s largest wind turbines makers, was indicted in the US charges of stealing software from American business partners. Prosecutors put potential losses at £515 million.

In another case, a Chinese company tried to send an employee with a false name and job history to work at a Japanese rival to uncover vital business information.

“Companies have concerns about exposing their business secrets to Chinese partners and are worried about sending sensitive information to manufacturers in China.”

US companies reported to a government commission that they estimated Chinese spies are responsible for up to 80% of all business leaks.

The market value of the stolen secrets is estimated at around £32 billion a year.

How To Shop For The Right QROPS