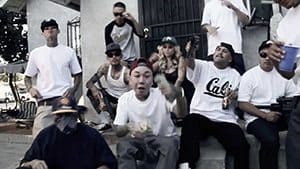 A drug campaign in China imaginatively named “Ban drugs in hundreds of cities” has literally swept across hundreds of cities and resulted thus far in 60,500 arrests for drug-related crimes. Police have also seized an apparent 11.14 tonnes of illegal narcotics, ranging from ketamine and amphetamines to ecstasy and cocaine.

In an article published by the government-run Xinhua news agency, the campaign figures were said to have come over the last three months as part of an ongoing campaign set to last until April. Drugs have become popular in the Chinese suburbs amongst an increasingly affluent urban subsector, influenced by Western ideals and keen to explore alternative leisure pursuits and interests, while simultaneously determined to rebel against the hard-line communist outlook.

Doubt has of course been cast over these claims, mainly based on a lack of witness to such a large number of apparent drugs busts. But there is no doubt the commitment to tackling the infiltration of recreational drugs in China is strong.

Just this month the son of Jackie Chan was arrested and sentenced in Beijing to six months in prison for drug-related offences. It is hoped these kinds of high profile incidents will discourage those thinking about trying narcotics.

China are also working closely with other Asian countries such as Thailand and Myanmar to try to quell the steady flow of drugs on boats which seem to be able to enter Chinese waters with comparative ease…..