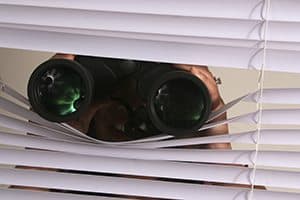 China are investigating two Canadian nationals accused of spying within the country, despite them being long-term residents. Kevin Garrett and wife Julia, ran a coffee shop along the border with North Korea, and have been accused of stealing military intelligence and posing a serious threat to Chinese national security.

Canadian – Chinese relations have become slightly fractured as a result, with the Canadian Prime Minister, Stephen Harper, due to arrive in Beijing for a regional summit in a few months. The visit is now likely to be overshadowed by this latest situation.

Just a week ago, Canada made allegations that Chinese hackers broke into one of their key secured networks, although Beijing strongly denied this and labelled the accusations as “irresponsible.”

Canada is divided on China, with many political figures remaining suspicious of Beijing, while others see the Chinese market as the most important and developing in the world, and are keen to strengthen ties.

The Canadian economy is certainly not strong currently, and Chinese investment would offer a significant boost, however, the Conservative ruling party cannot come to an agreement on which stance to take with the Chinese. These latest developments are unlikely to make anything any clearer.

Harper previously steered well clear of China for many years, directly citing their poor record of human rights, however, money talks, and business leader put relentless pressure on him to improve relations, something he has done since 2011.

Public opinion in Canada of the Chinese has dimmed in the last 12 months, with a poll for the Aisa Pacific Foundation of Canada suggesting that just 41 percent of Canadians thought the idea that China is a significant and growing economic power in the world is an opportunity and not a threat. This figure was at 48 percent last year.