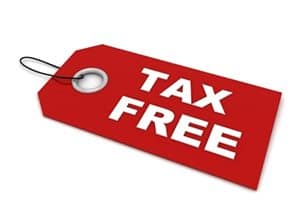 As the government tinkers with UK pensions, lobbyists are pushing for tax relief on contributions for higher rate taxpayers and the tax free lump sum to be reduced or scrapped.

The latest call for action comes from think-tank the Institute of Fiscal Studies, which argues capping the tax-free lump sum and subjecting pension contributions to national insurance would save the government billions.

From April 6, the pension lifetime allowance is capped at £1.25 million, which means the wealthiest retirement savers can draw a tax-free lump sum of £312,500 from the age of 55 years old.

The institute argues this sum should be limited ‘considerably below’ the current level.

Expats with QROPS pensions can draw tax-free lump sums of up to 30% of their pension fund, making the offshore pensions an even more attractive proposition for retirement savers looking to live permanently abroad.

QROPS are also not subject to the lifetime allowance rules, so retirement savers can breach the £1.25 million cap with impunity from HM Revenue & Customs (HMRC).

The institute also wants national insurance to be deducted from pension contributions.

The study by the think-tank calculates the government could raise almost an extra £11 billion a year in revenues by charging national insurance on pension contributions and described the current pension reliefs as ‘extraordinarily generous’.

“While tax relief on pension contributions may be considered as encouraging people to save for their retirement, it seems unfair that wealthy savers who have £1 million or more in their fund are subsidised for saving even more at the expense of less well-off taxpayers,” says the institute.

“Taking the tax free cash limit down well below the current level seems to be perfectly reasonable.”

The institute points out that the value of the tax free lump sum is measured bv two variables – how much someone can save in a pension and the limit on the amount of cash they can set aside in the fund.

Many groups argue less well-off taxpayers cannot afford to save the maximum in a pension, so do not benefit from the extra tax relief higher rate taxpayers enjoy as a tax break.

Deducting employer national insurance contributions from pension contributions would raise £10.8 billion a year for the government coffers, says the institute.

“In the country’s current financial straits, it is hard to justify this extraordinarily generous treatment of pension contributions,” says the institute.