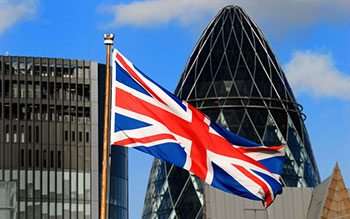 The tit-for-tat diplomatic row over the poisoning of former spy Sergei Skripal and his daughter is still rumbling on with some outlandish claims from the Russians.

The Russian Foreign Ministry is claiming Britain instigated the attempted murder of Skripal and his daughter Yulia, 33, in the quaint cathedral city of Salisbury on March 4.

“Logic suggests that there are only two possible things,” Vladimir Yermakov, head of the ministry’s non-proliferation and arms control department, told a meeting with foreign ambassadors based in Moscow.

“Either the British authorities are not able to provide protection from such a, let’s say, terrorist attack on their soil, or they, whether directly or indirectly, I am not accusing anyone, have orchestrated an attack on a Russian citizen.”

The Skripals and a policeman are suffering from the effects of nerve agent Novichok, developed in Russia before the fall of the Soviet Union. Russian scientist Vladimir Uglev claims there is no antidote and that the Skripals will die – and he was one of the team that developed the deadly chemical weapon.

The row escalated as British ambassador to Moscow Laurie Bristow snubbed the Foreign Office briefing set up as a publicity showpiece for Putin’s government.

The embassy was represented but slammed the meeting as an exercise in disinformation.

“Russia has offered us so far no explanation of how this agent came to be used in the United Kingdom and no explanation as to why Russia has an undeclared chemical weapons programme in contravention of international law,” said Emma Nottingham, the British diplomat who attended.

Other notable missing faces were the ambassadors of France and the USA.

Yermakov also suggested Russia would not accept the findings of independent investigators from the Organisation for Prohibition of Chemical Weapons who are experts in their field.

“It is not possible to evaluate what happened in Salisbury within the framework of the convention and within the Organisation for the Prohibition of Chemical Weapons,” he said. “Deeper expert evaluations will be needed, and in any case, we need to conduct our own investigations for Russia to be able to draw any conclusions.”

Meanwhile, the 23 expelled Russian diplomats have returned to Moscow, where they will change places with a similar number of British embassy workers who are readying for a plane back to London.