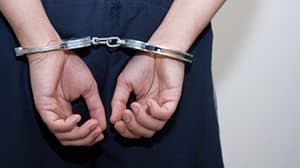 More than 850 British expatriates and travellers are languishing jails around the world for drug offences, says the Foreign Office.

Many face months of detention without trial and distasteful living conditions.

In a bid to urge Brits abroad to avoid arrest, the Foreign Office is launching and awareness campaign with charity Prisoners Abroad.

The campaign explains that many countries have a stricter no-tolerance approach to drug use and smuggling that is at variance to more relaxed laws in the UK.

Crimes that may be punished by a caution in Britain can command long jail sentences abroad.

In 33 countries, drug trafficking can carry the death penalty.

Many governments keep suspected offenders on remand in prison for several years before their case is heard before a court.

Mark Simmonds, Minister for Consular Affairs, said: “People are surprised at some of the penalties dealt out by the authorities in other nations. In some, having a small amount of marijuana for personal use can mean decades in prison.

“Laws and sentences vary hugely from place to place for using, possessing and smuggling drugs. Our message is clear – don’t take risks and stay away from situations that could be misunderstood because the consequences are not worthwhile.”

The minister explained that the Foreign Office dealt with 650 drug-related cases around the world last year alone.

He also added that prison conditions can be poor in many nations.

“Some people spend years behind bars with bad sanitary conditions and a basic diet. Some are in overcrowded cells, while others face months of solitary confinement and isolation,” said the minister.

As an example, the Foreign Office has revealed how four nations treat drug offences: