British Expats in South Africa & the Advantage of QROPS 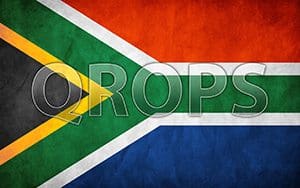 As British economists and the Government brace themselves for some extremely turbulent financial times ahead, expatriates are in the enviable and rather fortunate position of being able to stay financially resilient amid the tempestuous economic scenario most likely to unravel in the coming years in the UK.

The answer for a large number of British expatriates, particularly those residing in South Agrica, the Middle Easy and mainland Europe, comes in the shape of Qualifying Recognised Overseas Pension Schemes (QROPS).

The UK pension market is in crisis. Not really much of a debate there, and with the added pressure of EU membership which may soon evaporate, for many it’s far too uncertain in the UK at the moment to be able to have any semblance of faith in leaving retirement funds over there when a better option exists.

No Crisis for Expats

Foreign residents are fortunate to be able to make use of qualified financial advice, and use their expat status to their advantage in light of the deepening UK crisis.

By transferring into a QROPS, expatriates can find security in their retirement funds, while also enjoying the flexibility offered by the numerous schemes available.

As a South African resident, two jurisdictions are usually recommended due to the way their tax regime works in tandem with the South African model. These are Malta and Gibraltar. Malta is a country which has worked particularly hard in unison with HMRC to ensure they are getting it just right, the regulation is strong, the economy is stable and the performance of the numerous funds operating from the EU member is extremely good, however the Double Taxation Agreement between SA and Malta states rather vaguely that Malta “may” apply tax to income which runs at 35% currently. Gibraltar on the other hand has an extremely low rate of 2.5% tax, so would be the preferred choice if South Africa was a destination in which the saver wanted to retire.

There are around 30 schemes offered by South African providers, and perhaps the relative differences between schemes based there or abroad should be weighed up, but based on reputation alone, most opt to place their funds in one of the more popular destinations. South Africa isn’t viewed by many as being the perfect retirement destination, this is more likely to be Spain or France according to National Statistics, so by having a Gibraltar or Malta-based scheme taking care of the retirement funds, expatriates can be assured that their pension will work within the system of the country they choose to retire in.

Since 2006 when HMRC introduced the schemes to allow expats to benefit from the better tax conditions many countries offer, and to ensure they are able to be nearer to their money, QROPS have received over £1.3 billion worth of transfers.

The benefits now stretch far beyond the tax and the ‘keeping one’s savings at close quarters’ factors, and as a relatively newly designed financial product (at least in comparison to the UK pension model), the modern aspect to the scheme gives it an amount of versatility and flexibility that is not comparable to anything offered in the UK.

There are numerous benefits to transferring a QROPS as oppose to letting a UK pension stay where it is. And while a QROPS may not be the right option for everyone, much depends on the size of the funds available and the intentions for retirement. QROPS does offer the following

As with any financial decision concerning the future, advice should be sought. In South Africa there are numerous British Financial Advisers operating who are knowledgeable regarding QROPS and have extensive experience in recommending and performing transfers.

There are also many advisers who simply aren’t quite at the right level to be able to offer any kind of insight on the tailored intricacies of an effective QROPS transfer, but fortunately the vast majority of these live and work in the UK.

Majority of Investors Have Never Heard of SEIS