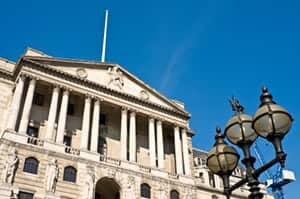 The major lenders in the UK are likely to find it difficult to hire new directors to their businesses as the industry faces up to a much required reshuffle.

The shake-up will be introduced in the hope of preventing any future bank collapses, and as such, high street names like HSBC, Santander and Barclays will have to effectively separate their retail operations from their wholesale interests, including employing a board of directors overseeing their retail operation, which would then act as an independent entity from the larger group.

This means that the board of directors will be held to account if things take a turn for the worst, meaning that the added exposure of a high-profile and high-pressured role such as this will be of significantly less appeal to senior banking figures. The threat of jail for poor decision making is a stress that most could frankly do without.

While Investment Banks are most at risk from collapse due to essentially betting on market movement, the retail sector is at threat too, a case in point is Halifax Bank of Scotland – famously taken over by Lloyds after a bail-out – they provided mortgages and loans with reckless abandon during the nineties with little apparent underwriting, resulting in thousands of defaults and eventual bankruptcy.

The 2008 financial crisis cost the British tax payer tens of billions of pounds in bail-outs, but banking directors were able to get out of the firing line while keeping hold of their gold-plated pensions. Something didn’t quite sit right with that concept, and the new proposed legislation currently being consulted on, will hold these bankers to account for poor decisions.

Sitting on a board of a bank already has limited appeal for many with the right credentials to take up such a position. The increased workload and stress since the crash has led to many of the finest financial minds walking away from the sector, and although the threat of prison is remote at best, this tougher stance on regulation could be the straw that broke the camel’s back.

Under new proposed regulations, any bank holding 25 billion pounds worth of deposits within the UK, will be required to ring-fence their retail division by 2019. Those in the firing line with this level of finance are: HSBC, Co-operative Bank, Lloyds, Barclays, Santander and Royal Bank of Scotland. By 2019, it is predicted that TSB and Branson’s Virgin Money could be approaching that level come the deadline.

This means that perhaps eight banks would each need to find up to 12 people to fill board positions in an industry where it is hard enough already to find a credible candidate who came through the 2008 debacle unscathed.

Non-executive directors from other sectors will also not be easy to find, as now at least one day a week must be given to the role under post-2008 regulations. As well as this, across Europe the appeal of working in a sector still widely open to the very worst kind of public criticism does not hold any appeal.

The real necessity to ring-fence the retail division from the investment ventures within individual banks, is so that customer savings cannot be freely plundered in order to take risky bets on the market, a trend which has continually been at the forefront of most bank’s strategies. However, the argument is now being put forward that if the retail division’s money is sealed off, there may arise a circumstance where it could be in the interest of the establishment to move funds to a division struggling within the group.

The Bank of England is still consulting and ironing out specifics, but the general safeguarding option has been welcomed by many experts keen to attempt to limit Britain’s involvement in the next inevitable global recession.