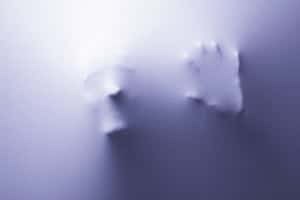 Saudi Arabia has issued yet another new law to punish firms trying to cover up giving jobs to expats by inventing ghost workers.

The government has initiated a spate of laws over recent weeks aimed at trying to cut the number of expat workers to free posts for Saudis, including a freeze on expat appointments in the public sector.

Now, bosses of firms making up ghost employees face up to five years in jail and a maximum fine of £1.5 million.

A Saudi employment law call nitaqat sets the quota limits for expats against the number of Saudis a firm takes on.

Bribed to stay away

However, many firms are paying Saudis to register on their books as employees without turning up so they can take on more expats. The Saudis are bribed to stay away, while the expats pick up a much lower salary than the firm would expect to pay a Saudi for doing the same job.

Firms also have to pay fines of £385 a year per worker they employ over the expat quota.

Despite introducing unemployment insurance for Saudis who lose their job through no fault of their own in the first year and recruiting more locals to the public sector, unemployment is still around 12% and the government reckons on 40% of working age Saudis have a job or are actively seeking one.

A new report argues that most of these schemes fail because the Saudi jobs market needs a radical wages and skills shake-up.

An Arab Youth Unemployment report from Saudi-based Alkhabeer Capital claims Gulf State workers just do not have the skills needed to compete with expats in the workplace – mainly high-end technical knowledge and experience.

“Many of these schemes have failed to work after years of trying,” says the report. “Employers like expat workers. They don’t need training because they already have the skills and they accept lower wages than Saudis for doing the same work.

“It’s obvious employers are not going to employ Saudis when they have a ready supply of cheap and experienced labour.”

Saudi Arabia is the largest nation in the Gulf Region, with a population approaching 30 million. Around 9 million are expats, mainly from Asia.

The government reckons around a million expats working illegally have left the country in the past 12 months thanks to the implementation of stricter labour laws and an amnesty for those without visas or employer sponsorship.

You’re Not At A Loss If Your SEIS Fails