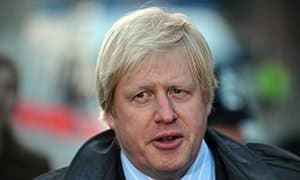 The charismatic Mayor of London, Boris Johnson, has this morning announced that he will attempt to get into parliament when next year’s General Election is held in May.

Although Johnson has been very much public in his support for current leader David Cameron, many fellow Tory party members would rather see Boris in the hot seat. The majority of the British public would also appear to feel the same way. Cameron himself has privately admitted to fears that ‘Boris may be coming for him…” and this announcement would appear to herald the first step on the journey to number 10 Downing Street.

Many in the UK have a fairly non-existent view of politics, the most recent by-elections saw a dismal turnout of just 30%, but if Boris were to enter the national political scene, it is thought that the average UK voter may have a renewed interest.

Boris Johnson is, if nothing else, very good entertainment value. He memorably called America “London’s finest creation”, and Portsmouth in England “one of the most depressed downs in southern England, a place that is arguably too full of drugs, obesity, underachievement and Labour MPs.”

He inherited an over-budget and behind-schedule Olympic Games and turned it into one of Britain’s most memorable events (with a good team behind him of course), and he is famed for his Twitter Q&A’s every month or so with the hashtag #askboris. His candid responses to a multitude of questions – some more relevant to political issues than others – make for a good source of entertainment. One mischievous follower asked recently “Why are you such a mutant? #askboris,” to which he responded “genetics, mainly….”