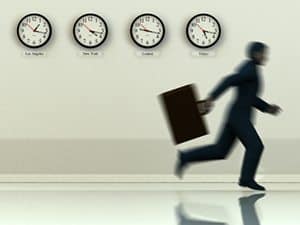 Picking the right time to switch from a UK pension to a Qualifying Recognised Overseas Pension Schemes (QROPS) can make a huge boost to the size of a pension fund.

Many expats who make a last-minute transfer when they decide to leave Britain for good can add value to their pension pot if they plan their departure carefully.

The key is tax-relieved pension contributions.

Any transfer to a QROPS includes any contribution top-up added by HM Revenue & Customs (HMRC).

For retirement savers or international workers with UK pensions, that means not only is the money personally contributed to a pension transferred into the QROPS, but any cash added to the pot by the tax man as well.

That means any money put into the QROPS that does not breach the lifetime allowance of £1.25 million from April 6, 2015, receives a boost from the tax man at the taxpayer’s marginal rate.

Once in a QROPS, one advantage is some financial centres, like Malta and Gibraltar, allow a 30% lump sum drawdown tax-free compared with a 25% maximum from an onshore pension provider.

A second benefit is QROPS pay out in most major currencies, so QROPS investors in the most popular UK retirement destinations of Australia, the US, France, Spain or Canada can take their cash direct to their bank accounts in local currencies.

This avoids losing money and fees on fluctuating foreign currency exchange rates – and makes the money available quicker as no international transfers between banks are involved.

In practise, this means money can be switched from a tax-free ISA into a UK pension scheme which receives an instant tax top-up boosting the ISA value immediately by at least 20%.

Don’t forget that non-resident taxpayers lose their pension relief and ISA tax benefits when they officially leave the UK, so timing the QROPS transfer is vital to maximise financial planning.

So, sitting down with a financial adviser and working out what to switch and when before leaving the UK is an important consideration for any retirement saver planning to leave the UK for good.

Expats In Australia Put Up With Racial Discrimination

A Rift in the Gaming World