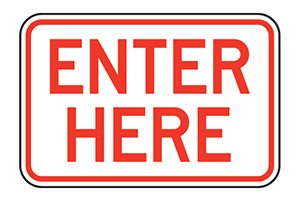 The UK’s former Home Secretary, Labour politician David Blunkett, has come out in support of the cabinet minister Michael Fallon, who has been widely criticised for his controversial stance on immigration.

Fallon, who is the current Defence Secretary, said that the UK was “swamped by immigrants.” He also claimed that some areas of the UK were “under siege” by foreign nationals. He then retracted the comments, citing them as “careless” but the damage was done.

In an outburst which would have more appropriate at a UKIP rally, Fallon was rounded on and backed up in equal measure, but by garnering the support of David Blunkett, he may feel slightly vindicated., although in reality – Blunkett’s piece was written in The Daily Mail.

Figures released in August 2014 showed that UK migration, which is the difference between those leaving for brighter pastures and those electing to come in, went up by over 38% between April 2014 and April 2014.

What Can You Do?

Prime Minister David Cameron is looking into a variety of ways to curb the rate of migration, however, with the EU breathing down his neck and potentially blocking any move to prevent EU passport holders entering the UK at free will, not to mention the fact that as a General Election approaches, immigration is the white elephant in the room which nobody will usually dare touch for fear of offending and being hung out to dry, it is not really clear how he will be able to do anything about it.

Although public opinion on immigration is mixed, politicians are often fearful of addressing the issue as they can often be publicly shot down. The UK’s public services are stretched to say the least, and as more and more EU citizens make the journey over, it is a problem that shows no sign of easing up anytime soon.