Blowing Holes In The Secret Activities Of Governments 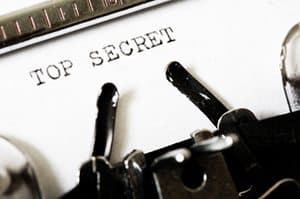 Whistleblowers Bradley Manning and Edward Snowden have a lot in common despite blowing big holes in the secret activities of the USA.

Both men held positions of responsibility within the US Army and a firm contracting for the US Secret Service that gave them unrestricted access to huge volumes of sensitive data.

It seems strange that for secret organisations, the way they handle confidential data is more than a little free and easy.

Both chose to share the information they gained from their special access to the rest of the world.

Manning faces the rest of his life in prison, labelled a traitor, but not found guilty of treason.

Snowden faces spending the rest of his life in exile in Russia, along with an expat community of spies going back to the Second World War, like George Blake, an officer in the KGB and a spy for Britain.

The missing member of the triumvirate is Julian Assange, the Wikileaks editor who has sought refuge in the Ecuador embassy in London for several months.

The British government has threatened he will face arrest if he leaves diplomatic protection – and that probably means deportation to Sweden to face the courts on sex charges.

Much to the delight of the spied on nations, Assange and Snowden have led the US security services a merry dance around the world, avoiding capture for months.

Despite the mountains of secrets the pair have exposed, little seems to have changed.

Governments still spy on each other, whether they are friend or foe. The Americans spy on everyone and deny it as if no one knows and saying they do not know our secrets is really a persuasive argument.

In fact, the free world seems lackadaisical about the whole Wikileaks episode.

Manning and Snowden wanted to promote debate about how governments collect and use our personal data in secret.

Assange was a conduit for distributing the evidence they wanted to release.

In fact, probably the only change that will result from this whole sorry episode is whistle blowers will face a tougher time in future as security services beef up their precautions against maverick employees.

The justification is everyone has to be under scrutiny to find the odd terrorist who wants to do us harm.

Surely, the technology is so refined analysts can zero in on keywords or individuals rather than put the whole world under suspicion.