The Bird that is Causing Chaos 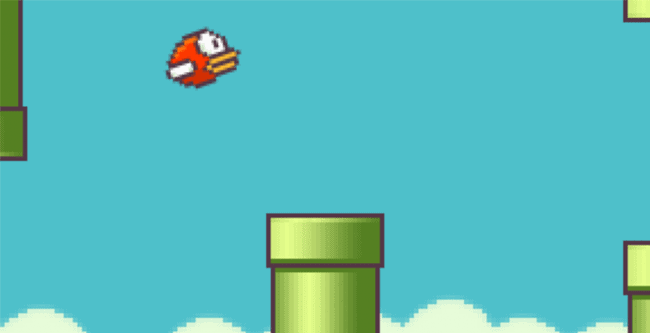 Flappy Bird is a name you might have already heard from an under-slept colleague or a grumpy friend, if not, unfortunately, you won’t be able to play the game that has caused madness across the world.

The notorious game was released on the app store in May of 2013 but has recently spiked in popularity due to its notorious difficulty, and consequently, its notorious addictiveness. The design is simple and reminiscent of Nintendo games with a striking similarity to Super Mario games. The concept, while also simple, is ridiculously addictive, according to the hordes of Flappy Bird players. Tap the screen to get the bird through the obstacles and beat your high score.

The game has been downloaded 50 million times across the globe and generates £30,000 of ad revenue per day due to the high and frequent usage of the game.

Creator of the game, Vietnamese game designer, Dong Nguyen, has held nothing back with the fans and critics of the game via, social media platform, Twitter. It seems that all the attention Nguyen received due to this exceedingly popular game had made him miserable.

He posted on his Twitter feed that, “I can call ‘Flappy Bird’ is a success of mine. But it also ruins my simple life. So now I hate it.”

It would seem that he was serious about this statement as later that evening he took to Twitter once again to state that he would be removing the infamous game off of the Apple App Store and Google Play.

He said in a series of tweets, “I am sorry ‘Flappy Bird’ users, 22 hours from now, I will take ‘Flappy Bird’ down. I cannot take this anymore. It is not anything related to legal issues. I just cannot keep it anymore. I also don’t sell ‘Flappy Bird’, please don’t ask. And I still make games.”

Just as stated the following day the game was no longer found on the app stores. At first, an error message appeared when an individual would attempt to download again and shortly after it was totally removed.

The fame was unwelcomed by this game developer along with all the criticism that accompanied it.

Although Nguyen removed the game in order to regain a little privacy as well as put an end to all the harassment he was experiencing, the opposite occurred. A large number of people began attacking the game developer through Twitter and he even received a few death threats.  One user tweeted, “If you delete flappy bird I will literally kill myself. It’s my drug and I am so addicted!! PLEASE DO NOT DO THIS TO MEEE PLEASEE.”

Another user said, “I’ll find you and i’ll kill you.”

It is still unclear how this situation will play out and whether the game will be restored to the app stores, however, it seems highly unlikely at this point.

Fast Food Piles On Pounds For The World’s Wealthy