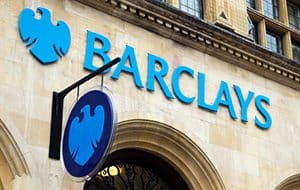 The lawsuit makes allegations revolving around falsification of documents, while also focusing on the systems which are supposedly in place to protect high-level investors from aggressive trading.

Barclays have long been operating in “dark pools”, which allow trades to take place under the radar, keeping prices and the quantity of shares traded out of the public eye. It is the dark pool trading which has attracted the attention of prosecutors.

Barclays made a statement saying that they are “cooperating with the New York Attorney General” and that they place special emphasis on maintaining the integrity of the stock market.

New York Attorney General Schneiderman has claimed that evidence shows Barclays showed a complete and “disturbing disregard” for its entire investor stable, and that it has shown “a systematic pattern of fraud and deceit.”

Barclays are alleged to have lied to their investors, apparently telling them that they were participating in safe and compliant trades, when in actual fact they were part of an ever-growing dark pool full of high-frequency trades and un-regulated transactions.

High-frequency traders use advanced software, which uses historical market analysis and algorithms to automatically initiate high-value trades on cue, the moment the price of a particular stock reaches the specified level. This is not illegal, however Barclays’ involvement in this type of trading has allegedly been hidden from their customers. Their marketing material makes no mention of these methods, which in itself is misrepresentative, according to New York state prosecutors..

The financial institution also claimed to customers that rogue traders would be singled out and held accountable for their actions, yet many former employees have come forward with evidence that Barclays actively sought out high-frequency traders for their dark pool. Barclays have never prohibited a single trader from operating within their dark pool.

There are more than 40 dark pool platforms operating currently in the US, and these are becoming an issue due to the lack of transparency in the way they operate.

Any under-handedness from financial institutions in light of the global financial collapse they created in 2008 is unlikely to be tolerated by authorities, and as such regulators are placing banks under the kind of scrutiny they will never before have experienced.

For Barclays, this has led to multiple fines and compensation suits, for which they have had to part with substantial amounts of capital.

In May Barclays was fined by UK regulators after one of its employees was found to be making attempts at fixing the price of gold. This indiscretion cost them £26 million.

A month before, the US Federal Housing and Finance Authority (FHA) accepted a £167 million settlement after claims were pursued alleging that Barclays had misled two separate US mortgage lenders during the housing crisis.

Finally in 2012, UK regulators fined them £290 million for trying to manipulate Libor, an extremely important rate of lending.

It would seem that the latest fraud charges will do nothing to improve the image of banks, and in particular Barclays, to an already distrustful global customer base.

1 thought on “Barclays in Hot Water over Dark Pools”