Bankrupt Detroit Is A Honeypot For Wealthy Expats 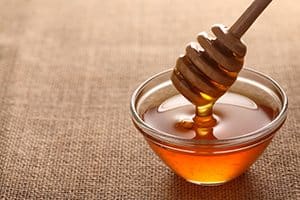 The bankrupt US city of Detroit is a honeypot for expats hoping to earn a green card or turn a quick buck on bargain property prices.

Expats have an abundance of what the city fathers need – cash.

And in exchange for money, the city has acres of low-priced homes for property investors and is offering coveted green cards to expats willing to start a business.

The city has filed for bankruptcy with debts reckoned to top £12 billion. The local authorities are defaulting on loan payments to fund wages for emergency and essential services.

Problems started for Detroit when the car firms that made Motor City or Motown famous started to leave.

Those that could move to other cities for work left, and one of the leading industrial cities in the US is now a mere shadow of its former self in the glory days of the 1950s and 1960s.

Hit hard by recession, the population has dwindled and now the Michigan city is ripe for expat investors to move to pick over bargain-priced homes that have dropped around 70% in value in the past five years.

Prices seem to have hit rock bottom and have increased an average 13% in the past year, but that big slump has left a lot of room for profit.

Only cash buyers need bother looking for homes – no banks are lending in Detroit and realtors are only dealing with cash purchasers.

Chris Stead, of Property Investment House in Detroit, said: “Many workers lost their jobs and homes and are living in rented homes.

“Tenant demand is strong because few qualify for a mortgage. That’s why investors with cash are picking up bargains.

“Many are British expats from Hong Kong, Singapore and Dubai. Overseas investors can’t get mortgages, so they are all paying cash.”

Expats can also try Detroit as a back-door for gaining a green card.

A scheme aimed at kick-starting businesses offers expats permanent residency via a green card for investing £325,000 in a firm creating 10 or more full-time jobs in depressed areas – and Detroit qualifies as an area with higher than average unemployment.

Luke Smith, of Crystal Investment and Real Estate, said: “Detroit is a blank canvas for innovation. People here need jobs and not many are about. Entrepreneurs should understand the potential for growth. I can’t see things getting any worse now the city is bankrupt.’’