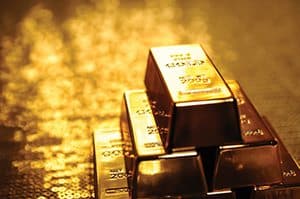 The Bank of England collaborated with Nazi Germany to sell looted gold valued at £1 million, according to newly released secret papers.

The documents added to an online archive explain that the Bank aided the Nazis to dispose of the gold stolen after Czechoslovakia was invaded and occupied by Hitler’s armies.

Prior to the occupation, the Czech government feared invasion was on the way and moved the gold out of the country to the neutral Bank of International Settlements (BIS).

Once the occupation of Czechoslovakia was accomplished, the Nazis asked BIS to transfer £5.6 million of gold bullion from the Czech to the German account.

In March 1939, the gold was sent to the Bank of England and central banks in The Netherlands and Belgium to sell on behalf of Germany.

A German, Otto Niemeyer, acted as chairman of BIS and the Bank of England’s executive director.

However, the transactions were not fast enough for Germany, who pressured the Bank of England to make the sale.

Papers written after the Second World War had ended commented that Norman made the right decision as going against the Nazi request would have been ‘wrong and dangerous’ for the BIS.

“Before acting, the Bank of England referred the matter to the chancellor, who said that he would like the opinion of the law officers of the crown,” says the report.

“On the BIS enquiring, however, what was causing delay and saying that inconvenience would be caused because of payments the next day, the Bank of England acted on the instructions referring to the law officers, who, however, subsequently upheld their action.”

How the Bank of England helped the Nazis is just one of more than 80,000 ledgers, files and records relating to the history of the, dating from 1694 to the present day.

Another document discloses that the bank sold reserves of saccharin and postage stamp collections to raise foreign currency to give to air crews to spend if they were shot down over occupied territory.

Researchers can look at a wide range of documents from architectural drawings, staff records, diaries and papers, case files on forgery and legal notes.

A fully searchable online catalogue gives details of all the records open to the public.

To read the documents, researchers must visit the archive by appointment.