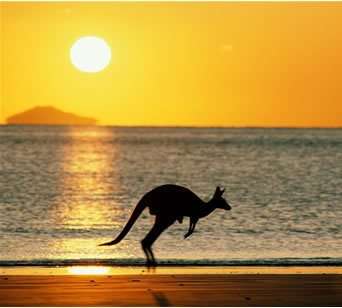 The massive cull of 1,650 Australia Qualifying Recognised Overseas Pension Scheme (QROPS) came as a surprise to the industry – but should serve as a warning to scammers and cowboy advisers.

QROPS have had a chequered history with hundreds of schemes being pulled by HM Revenue & Customs (HMRC) since the pensions started in April 2006.

At one time or another, 50 financial centres have offered QROPS, although the current level is 40 worldwide.

Over the years, the thread running through delisted QROPS schemes and closed jurisdictions has been poor advice.

In the early days, the offshore pensions suffered from allegations of tax avoidance and sham investments.

QROPS as a product have never been the issue. They were designed as portable pensions to help European Union retirement savers access their cash as they enjoyed freedom of movement across the Continent.

They quickly caught on elsewhere and peaked with more than 3,800 open around the world in June 2015.

Then the rules changed, and Australia QROPS were found to be failing the pension age test by offering payments to retirement savers under 55 years old.

Now it’s clear that the 10,000 or so expats who switch their pension funds offshore each year suffer from dubious advice and a lack of due diligence.

Hundreds of British expats and foreign workers in Australia are in dire need of quality, professional expertise from the independent financial advisers to help them resolve their QROPS crisis.

If they do not want to fall into another bear trap, they need expert independent advice from an authorised finance professional familiar with the tax and investment opportunities offered by QROPS.

Australian financial regulators appreciate this and have measures in place that only allow trained and experienced pension experts to give this advice.

Expats should recognise that they should not cut corners or take risks with their cash.

The sharks are circling. Scanning the web shows that unauthorised financial advisers will offer QROPS advice in Australia, Thailand and the Philippines by posing as reputable IFAs.

If they are reputable, then just check them out on the Australian Securities and Investments Commission web site. If they are not listed, then show them the door.