Army Pensions Getting Taken to QROPS 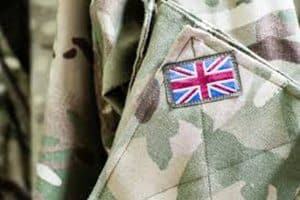 Those serving in the Army have always benefited from an excellent pension scheme, with contributions made by their employer. This scheme has always provided security, but not flexibility. And the rigid nature of the scheme is about to be further stiffened in the face of new legislation set to be introduced in April 2015.

Up until now, military personnel who wished to take early retirement were unable to if their funds remained in the Military scheme (the age of retirement is a non-negotiable 65). So a simple transfer of their scheme into a UK or overseas scheme which enabled early access to their funds was performed.

Now, the door is set to be closed on this option for good. This is particularly concerning for those looking to retire abroad. Pension schemes left in the UK but sent overseas upon drawdown are left exposed to a variety of risks. These include future currency fluctuations, UK and chosen destination taxation, not to mention the constant threat of the UK Government extending the age at which pension funds become available.

In 2006 HMRC introduced a Qualifying Recognised Overseas Pension Scheme (QROPS) to help the vastly growing number of expatriates across the globe stay closer to their money.

Many non UK residents that hold an Army Pension are transferring to QROPS.

These schemes have become increasingly popular because they offer so many benefits which the UK falls short on.

Because of the variety of jurisdictions available, income tax can be mitigated, or charged at a rate of 2.5% (depending on chosen destination). Retirement can be taken at 55, with a 30% tax-free lump sum being made available at this point. The degree of investment can be chosen, giving complete control over savings to the saver, something never offered in the UK. Death benefits are also included, meaning the entire remaining fund goes to the nominated beneficiaries upon passing.

With the door set to be shut on the public sector for good in April (all other types of pensions will still be allowed to leave the deficit-laden UK), thousands of military, police, NHS and Fire service employees are making enquiries to ascertain whether they could benefit from this kind of scheme. If there was ever a time to investigate, it is most certainly now.

McDonald’s Japan on the ropes