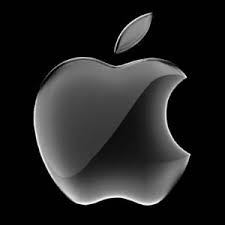 Apple could struggle to meet the demand required for the iPhone 6 in time for its proposed release date. Due to a redesign necessitated by an issue with a component of the screen, it is now unknown whether Apple will be forced to push back the release date, or else face issuing a limited number of units upon release.

The production and development of the new model – which Apple hopes will assist with regaining some lost market share – has been fraught with difficulty and issues, mainly concerning the new thinner but larger screen.

A media even t has been organized for 9th September 2014, and it is here that Apple are expected to formerly unveil their new iPhone 6, which will be available in a 4.7 inch and a 5.5 inch option. Both represent an increase in size from the 5 model.

The problem is that in their quest for the thinnest screen ever released, Apple have created issues with important features, in particular the backlight was too dim to be seen well, so it is this issue that caused a halt in production. The production has since restarted with a slightly thicker screen but the costly assembly interruptions have meant a last minute rush to attempt to meet the inevitable demand

No official comment has been made by Apple, or any of their suppliers, all presumably sworn to secrecy relating to the launch, although production information has tended to leak out as it’s gone along.

The iPhone 6 doesn’t exactly represent a make-or-break moment in Apple’s momentum, but a smooth launch would be welcomed as Samsung, Lenovo and other low-cost Chinese manufacturers have stolen a chunk of the most profitable market – Asia.

Apple’s shares continue to increase after impressive first quarter results, and if the launch is able to meet the standards demand by the late Steve Jobs, shareholders could be set for a very happy new year……