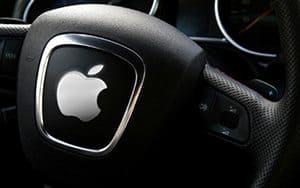 An Apple car is in the early design stage, according to a report in the Wall Street Journal. A team of over 1,000 designers has been put together by the software giant to work on “Project Titan,” but it could still be a number of years before production can be considered.

There is even a chance the electronic car will never reach the production stage, much will depend on its cost-effectiveness. Apple is already relatively far down the road when it comes to the CarPlay project, which aims to integrate the iPhone with a car dashboard. If a few big name car manufacturers give their dashboards over to Apple, the idea of production of their own vehicle may well be scrapped.

Steve Zadesky, an Apple exec, is heading the project, and he formerly worked for Ford as an engineer. Apple has already recruited experts from across the automotive industry to work within their secret warehouse in Silicon Valley, and despite no official word coming from the company, CEO Tim Cook said just last week that he felt Apple could impact the industry.

Google has been working on an autonomous vehicle of its own for a number of years now, but there is still no word on whether one may be ready to come to market. Meanwhile for Apple, this year promises to be their most significant yet, with the release of the Apple Watch and the chance they could be the first trillion dollar company to exist.