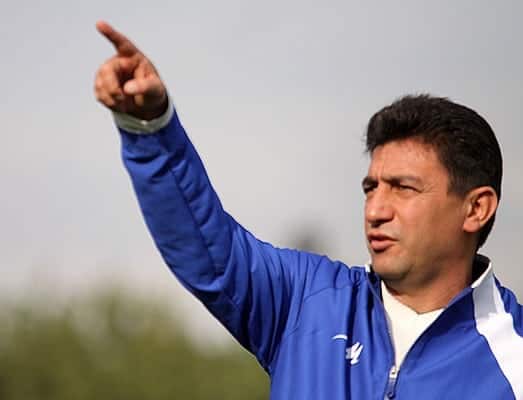 Amir Ghalenoei, the head coach of Esteghlal FC, says local politicians must stop their interference in football issues. This sport is currently being supported by Iranian government financially. Only a few football clubs in the country are belonged to private sector, and this has increased the power of politicians in Iran’s football.

“During the last 30 years, the officials of Iranian government have failed to devote a defined to budget to Esteghlal and Persepolis. Of course, these clubs are belonged to Iranians and they have great fan bases across the country. The local government must respect to the comments and demands of ordinary people. I think the problems of these clubs can be resolved by selling them to private-held companies.” Amir Ghalenoei told reporters in a training session.

Regarding the general status of his club, Ghalenoei says: “This was a difficult season for our players and technical cadre. We lost several key players for different reasons, and this limited the number of high quality available footballers for us. However, we did our best to manage the conditions. By the way, this season has been almost finished and we must concentrate on the coming year and competitions.”

He also went on to talk about the situation of Esteghlal FC in AFC Champions League. “In the group round of this tournament, we defeated some powerful clubs including Al-Ain, Al-Rayyan and Al-Hilal. Currently we are thinking about the next matches of elimination round.”

Iran to Export $13b Worth of Petrochemical Products